WHO is Jessy James LaFleur...?

THE STORY of a
Warrior & Nomad

“Words cut deeper than knives. A knife can be pulled out, words are embedded into our souls.” 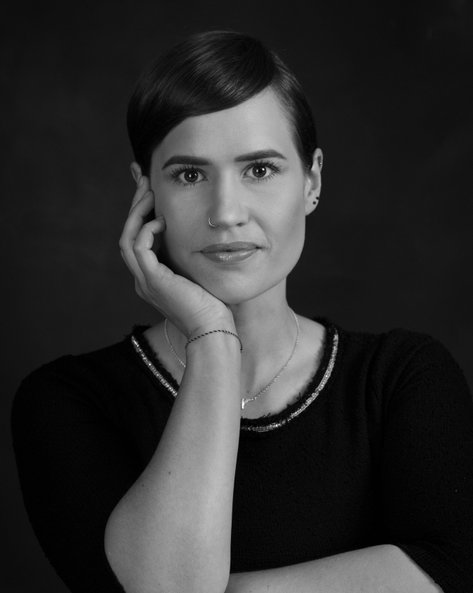 Jessy James LaFleur, a nomad with conviction, a Spoken Word-artist, rapper, activist, workshop host and entrepreneur, who’s taken a million and one paths around the world over the last 18 years.

The East-Belgium poet has brought her writing and performances to the stage in more than 30 countries and in 3 different languages (German, French, and English) and travels with 'Constantine' and 'Theodore' – her two suitcases – from one city to another spreading the beauty of "SPOKEN WORD".

In 2015 she laid the foundation for her initiative 'ANGEPRANGERT! SPOKEN WORD', in order to support young poets on their artistic journey and help them finding their voice.

The project was awarded the title “Kultur & Kreativpiloten Deutschland” in 2020 by the German Federal Ministry of Economics and the Ministry for Culture & Media.

During the pandemic she created the first digital 'SPOKEN WORD ONLINE WORKSHOP' and provided tutoring to over 2000 children and teenagers that struggled with the aftermaths of curfews and lockdowns.
From that arose the project '(L)OST POETS', which is a SpokenWord-collective for young poets which live in rural areas or come from ethnic minority background and have the urgent need to share their stories with the public.

She  works with inmates in German High-Security prisons in the context of her project 'PRISON SLAM' and cooperates with several cultural- and political institutions all over the world.

"As long as the magic of poetry exists, I feel at home everywhere.
To me, home is the purest and most raw emotion that can be felt.
Home is not a place, home is found inside the heart,
and my heart is found in my poetry,

Since 2013 / Host & Moderator
She is the project manager and host of 12 literary events in 3 European countries and 4 German federal states and works with embassies and literary institutes worldwide.
She also moderates show, galas, events and all sorts of conferences.

Since 2015 / "Prison Slam"
She is the founder and initiator of the project "Prison Slam", a series of workshops for male inmates in correctional facilities, who are to experience a new form of rehabilitation through "Spoken Word" and present their texts on stages or in books.

2017 - 2018 / “Confessions of a Paper Plane”
In 2017 she wrote and presented her first 90-minute one-woman play “Confessions of a Paper Airplane”.
A full-length play based on her nomadic life and the love for her never-ending mission, that  premiered on November 1, 2018 at the Stadttheater Wolfsburg and was then performed at the TDJW Leipzig, as well as in Tartu (Estonia) at other theatres throughout Europe and Africa.

2019 - 2020  / “Retroglycerin”
In September 2019 she played one of the main characters in the political play "Retroclycerin", which was created for "Cammerspiele Leipzig” and won several prices.

since 2021 / "Spoken Word Academy" & “(L)Ost Poets”
Her biggest project is the development of a "SPOKEN WORD AKADEMIE", which will open its doors digitally in 2023 in order to become an important institution for contemporary youth literature in Europe.
-> Click here for more information!

2021 / "Saxony is more"
She realised her first documentary film with a focus on "Cultural engagement as a weapon against right extremism in East Germany", which premiered in Leipzig in April 2022 and has been touring Germany ever since. Web: Sachsen ist mehr

2021 / "DOMA" - The Album
On July 21, 2021 she released her first SpokenWord album "DOMA", which includes 14 selected texts from 8 years of stage poetry. The different poems are accompanied by musical pieces that were exclusively composed by the Berlin cellist Natasha Jaffe.
Web: Doma - A home for a paper planes

2022 / "Region de la Poésie" for the "Ministry of East Belgum"
The project is intended to bring together writers from all 3 regions of Belgium in her home region East Belgium in order to establish an exchange and urgent dialogue through poetry.

2022 / "Spoken Word meets Oberlausitz"
She manages, hosts and organises the so called "Spoken Word meets Oberlausitz"-tour in rural Areas in East Saxony to prevent further depopulation through cultural events and establish a new dialogue between East and West Germany. The project was awarded by the “Literarisches Colloquium Berlin” and the "Cultural Foundation of Saxony".
Web: SWOL

2023 / “DOMA” - The Book
She is currently working on her first trilingual book project, which will be released by the Brussels publishing house Maelstroem.

"Someone who goes travelling has stories to tell " says a proverb - but Jessy James LaFleur has more to tell than light travelogues;

She has looked at life from both sides and in its many stages and by that she does not only mean her wandering between countries and cultures, but also between societal pressure and heartfelt commitment.

The East Belgian SpokenWord-artist has processed the many experiences and impressions in poetic works and immortalised them on her first trilingual album “DOMA - A home for a paper plane”.

DOMA literally means "at home" and describes a place that Jessy James LaFleur has never found and is no longer looking for;

She is a paper plane that sails from one place to another and performs passionate poems about leaving, but also about arriving, about active activism and the longing for a real home.

Her stories are accompanied by the melodic sounds of the Berlin-based cellist Natasha Jaffe, who composed exclusive musical pieces that perfectly merge with Jessy's powerful words.

DOMA is a biographical SpokenWord-show; An entertaining and yet intimate revelation in front of an audience that is brought close to the life story of a convinced nomad, who steps out onto a stage in an exemplary and yet exceptional way - because she has something to tell and because she knows that there is more in this world that unites us than divides us.

Listen to the album